keyboard_arrow_down
In living cells, proteins are continuously subjected to synthesis and degradation processes aimed at adapting the proteome as quickly as possible to any change in the metabolic needs of the cell itself. In particular, each cell needs to remove proteins whose function is no longer required at that time (e.g. regulatory proteins or transcription factors), damaged proteins or which present any type of alteration or modification that could prove potentially dangerous or toxic, propeptides from inactive precursors, and proteins from which to obtain amino acids to be used as an energy source in case of insufficient caloric intake with the diet. In eukaryotic cells the great majority of intracellular proteins are hydrolyzed by the 26S proteasome, a large (2.4 MDa) multimeric protease abundantly expressed in the nucleus and cytosol. The central core of the 26S proteasome consists of the 20S proteolytic particle, at the two free ends of which may associate various regulatory complexes (e.g. 19S, PA28alpha/beta, PA28gamma, PA200) which perform the task of regulating and modifying the functioning of the protease in different ways. In fact, proteasomes are involved in the regulation of a large number of physiological and pathological cellular processes, such as immune responses (both humoral and cell-mediated), regulation of the cell cycle and apoptosis (whose dysregulation leads to neoplastic transformation), elimination of proteins that are prone to aggregate and precipitate, which if they are not promptly eliminated lead to proteotoxic diseases such as neurodegenerative syndromes. Our laboratory deals with studying in vitro the role of proteasomes in these cellular processes, with particular regard to the molecular functions of the various proteasome activators, their functional interactions with the network of molecular chaperones and the effects of their action on potentially bioactive peptides generated during the proteolytic processes.
Read more
keyboard_arrow_down
keyboard_arrow_down
keyboard_arrow_down
keyboard_arrow_down 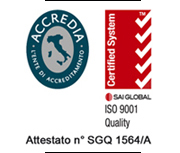